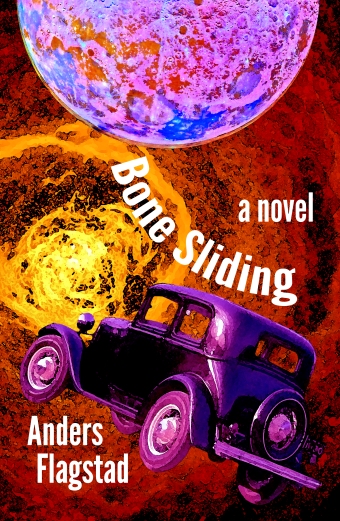 Anders Flagstad’s new novel Bone Sliding available on Amazon-Print and Amazon-Kindle and Smashwords mixes up fathers and sons and death and life, but not so obviously that you’d notice it right away. Life is serious and love is mysterious, so they say. Sometimes the most important things happen when you’re not looking. 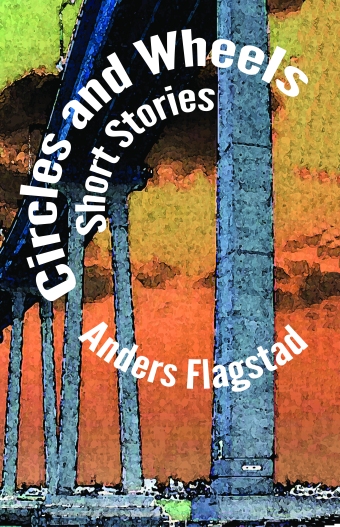 In another one of those cities on the edge of the continent (SF, LA, and SD being the big three – this time we’re talking about SD – San Diego), although the weather may be monotonously predictable, life often is not. Sometimes that’s a good thing, sometimes not such a good thing. Anders Flagstad’s new book is a book of short stories about an innocent apartment complex in downtown-ish San Diego, and the innocent and less-than-innocent people living there.

Everybody has a story. Everybody has a life. So do buildings. We think we see buildings, we think we see people and we think we know them. But we don’t. Not really. We see what we want to see. What actually goes on inside – kidnapping, murder, love, death, betrayal, unwashed dishes, parties crashed by homeless men, drag queens leaving their apartments without a sun hat, it would shock and amaze you. Or at least some of you. At least the group that doesn’t live on the edge of the continent. At a minimum, it’s always interesting to watch these edge-of-continent people though, through Flagstad’s eyes, however briefly, and see what goes on in the neighbors’ apartments, late at night, or at high noon, in back of closed and locked doors or hidden behind carefully pulled and fully-extended window shades, especially when said neighbors don’t know they’re being watched. 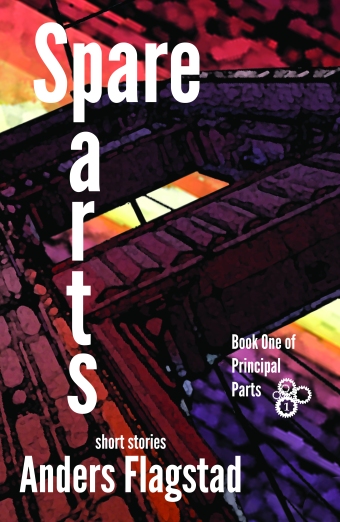 Anders Flagstad’s new collection of short stories and novellas Spare Parts available on Amazon and Smashwords – is a lot of haphazard answers in search of some accommodating questions.

In a city on the edge of the continent – in a place where the real and the surreal melt in a foggy fondue and everything is possible – on streets where homeless people get heckled by defunct Roman Emperors, where lovers tell their futures by deciphering tattoos and Death is just one of many tenants barely making a living out of transient hotels, in such a city, what would it take surprise someone?

Spare Parts is book one in the series Principal Parts – a set of interconnected books and characters about San Franciscans and how they got that way and what they do to stay that way and where they expect to go with all this stuff they’re doing. 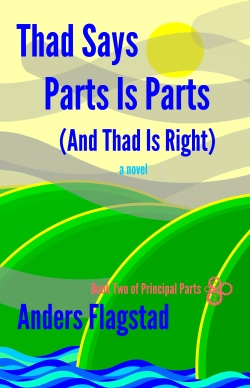 Anders Flagstad’s new novel Thad Says Parts Is Parts (And Thad Is Right)  – is OUT on Amazon (paperback and Kindle) and Smashwords in a dozen plus electronic formats.

Anders Flagstad’s new novel Thad Says Parts Is Parts (And Thad Is Right)  – soon to be available on Amazon – is a screwball comedy of errors straight from the vaults. Literally. It’s an adaptation of the Roman playwright Plautus’s comedy Epidicus, but set in 21st century LGBT San Francisco, and asking the often agonizing and perplexing question “Is it possible to be rich, gay, San Franciscan and happy, all at the same time?”

Many are those who ask. Few are answered. Even fewer remember what the question was when the answer hits them squarely between the eyes with all the subtlety of a rapidly swung two-by-four.  Eddie Stone – the hero of this and his own story – he happens to be one of those few people. Eddie ends up, as you can imagine, with a very sore head.

And of course, it all takes place in The City – the city by the bay, San Francisco.

– The novel “Thad Says Parts Is Parts (And Thad Is Right)” is Book Two of the Principal Parts Series – Book One of the series is “Spare Parts”, a collection of short stories to be out on Amazon this summer.  Principal Parts is a set of interconnected books and characters about San Franciscans and how they got that way and what they do to stay that way and where they expect to go with all this stuff they’re doing.